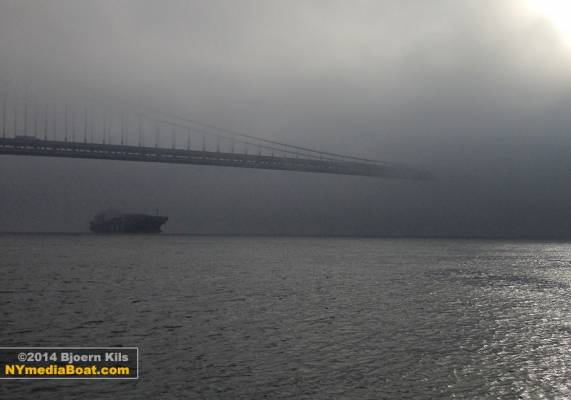 After hearing the mayday, the Coast Guard relayed a position of the Sea Lion that turned out to be incorrect. Realizing this, Kils was able to locate the Sea Lion’s true position on his Simrad AIS receiver. At two miles out, “I had the throttle pinned, and my boat runs 30 to 35 knots with the hammer down,” Kils said. With foggy conditions and six to 10-foot waves, Kils said he arrived to find a 53-foot America’s Class launch from the Sandy Hook Pilots already on the scene. Unfortunately, the Pilot boat was prop fouled from floating debris and remained approximately 100 feet away from the crew. Three of the four crewmembers were able to swim through the ice cold water and make it to the Pilot boat for safety. The fourth crewmember, however, had bruised and injured several ribs trying to abandon the tugboat and was unable to make the swim. Luckily, Kils was able to creep through the fog and find the fourth crewmember clinging to just a few feet of bow that remained above the surface of the water. 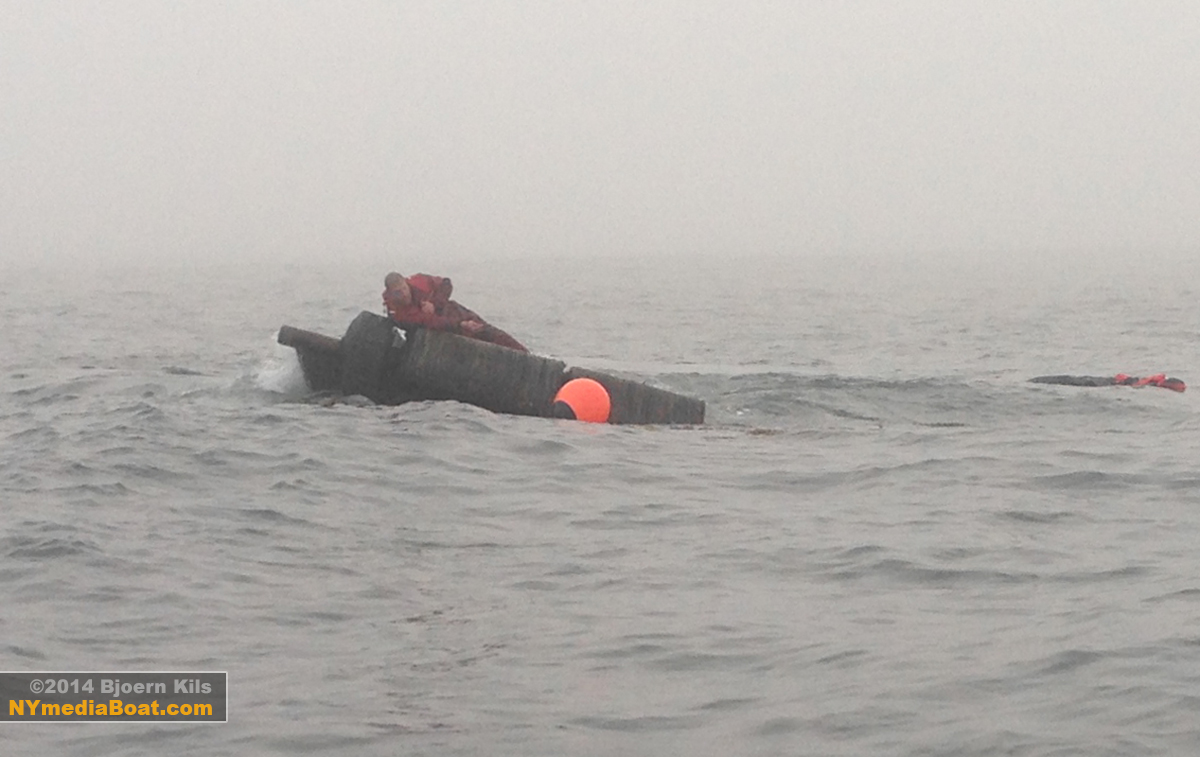 “As I’m nosing in with my boat, [the fourth crewmember] stands up on the bow and attempts to jump, but flops down in the water,” Kils explained. “We hauled him on board in a matter of seconds. I started backing out immediately because the tugboat began sinking under my boat and I wasn’t sure what debris would come up. The tugboat was gone within 30 seconds of pulling him off.” 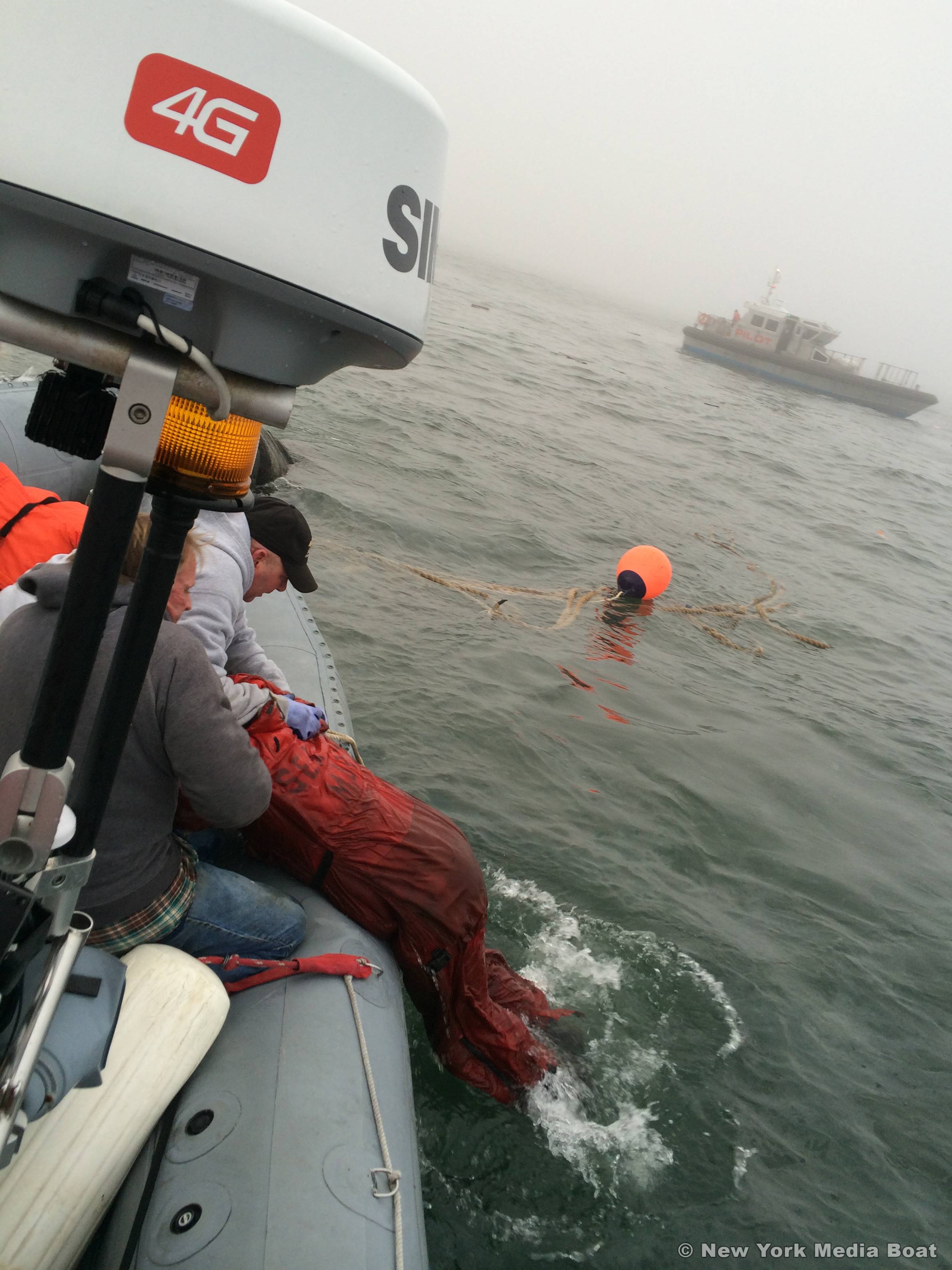 Kils transferred the injured engineer to the launch boat, which had an enclosed heated area and medical equipment. The men took shelter until the Coast Guard brought them ashore.

“I think it's fair to say that the AIS system saved these guys’ lives,” Kils says. “The coordinates broadcasted by the Coast Guard were 180 miles to the north of the sinking vessel—I’m not sure why. By working my AIS system I was able to mark the Sea Lion’s actual location. Realizing I was only two nautical miles away from her position enabled me to respond, resulting in a rescue, not a recovery.”

Reflecting on the rescue, Kils said, “I think we did save his life. He was wet. He was cold. He was hurting. The timing was incredible.” 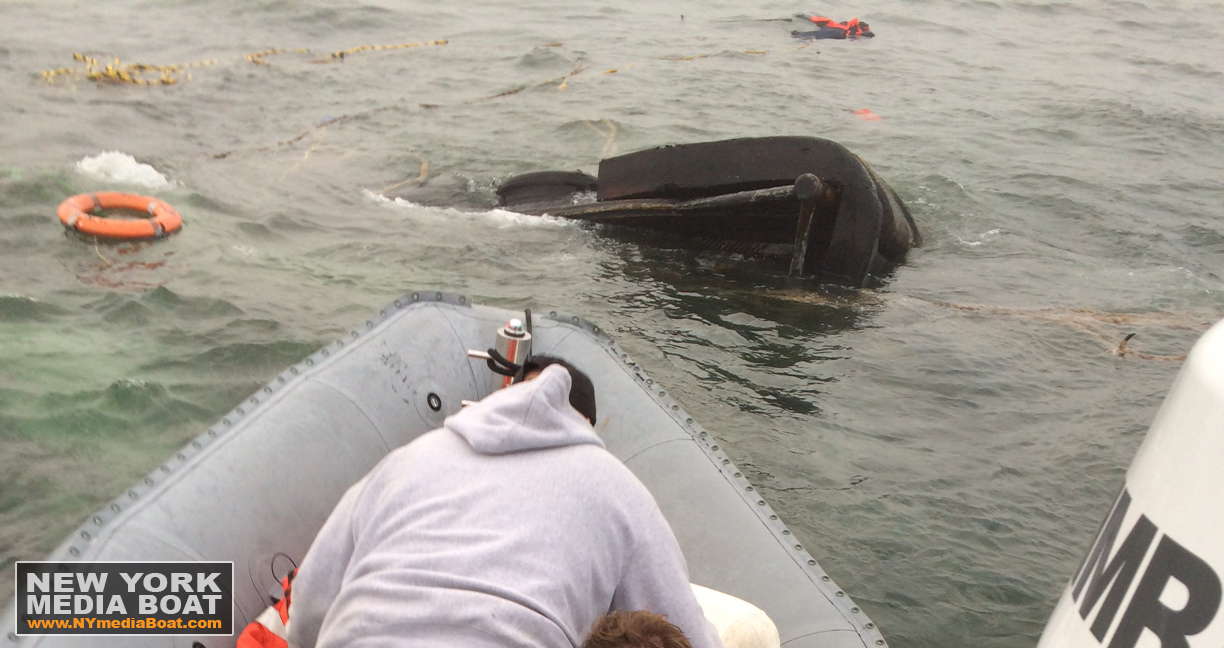 A last look at the sinking SEA LION before it fully submerges and sinks.

When Willard caught up with Kils and asked about his boat’s performance during the rescue, he said “I couldn't be happier with my decision to purchase a Willard. It's proved rugged and seaworthy, and has enabled me to fulfill every type of job I've come across working in New York Harbor, even in bad weather.”