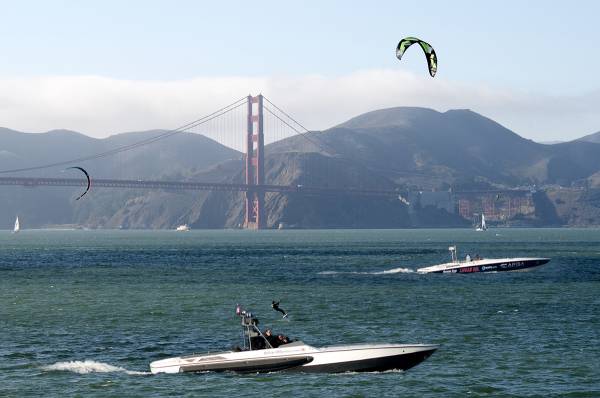 Andy Hindley, a member of the run’s crew and the America’s Cup COO was quoted as saying, “there were more knocks and bangs during this 10-hour day trip than there were during the 52-day leg during the Round the World race.” To glean more details about the run’s difficulty, you can read a journal entry written by co-pilot, Nigel Hook at: http://www.lucasoildragboats.com/news/142-lucas-oil-ocean-cup-9-hours-50-minutes-and-51-seconds-any-challengers.

If you’re interested in learning more about the Lucas Oil Ocean Cup Crew and 48’ APISA capabilities, check out the following video: http://www.youtube.com/watch?v=1U1y4dmJ4zE

For more information about the run, visit the official Lucas Oil Ocean Cup website at: http://www.lucasoiloceancup.com/