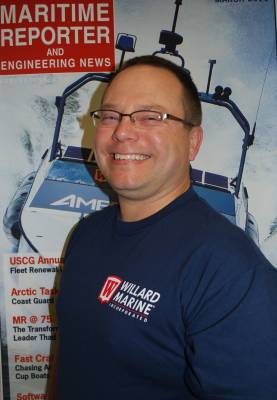 Lougheed has a Masters Certificate in Applied Project Management from Villanova University in Pennsylvania and an Associate of Technical Arts in Electronics Technology from Centralia College in Washington, where he also completed the Associate of Science Program in Mathematics. The United States Navy commended Lougheed in 2005 by including him in the “Naval Sea Systems Command, Engineer Team of the Year” award, for his role in the Small Unit Riverine Craft project.

“Mark is an enormous talent, and we are excited to leverage his diverse engineering and project management skills to improve and expand our vessel portfolio,” said Ulrich Gottschling, president and CEO of Willard Marine. “Mark will be instrumental in enhancing and modernizing our recently acquired SeaArk Marine and Crystaliner boat designs, as well as new Willard Marine boats we will launch in the near future,” he added.