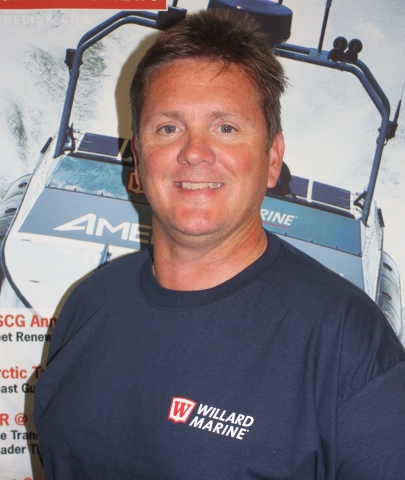 Beck has more than 24 years of experience in the U.S. Coast Guard where he held several ranks and also acted as the Supervisor of Coast Guard Units managing personnel, budgets and maintenance contracts. Before joining Willard Marine, Beck represented another boat manufacturer for more than a decade as the Coast Guard Customer Support Manager, Director of the Maritime Training Academy and Chief Operating Officer.

The HSBO Forum takes place at the Champalimaud Auditorium in Portugal, May 4-6, and Beck will be speaking Tuesday, May 5 at 11:10 a.m.

Since its founding in 1957, Willard Marine has developed world-class watercraft for the U.S. military, Department of Homeland Security, foreign governments, law enforcement agencies, search and rescue organizations and commercial operations. Willard Marine is the exclusive builder of commercial vessels originally designed by SeaArk Marine and Crystaliner. ISO 9001:2008 certified and the sole American manufacturer of SOLAS rescue boats, Willard Marine is based in California and has facilities in Maryland and Virginia.