Posted by Willard Marine on Tuesday, 11 November 2014 in Press Releases 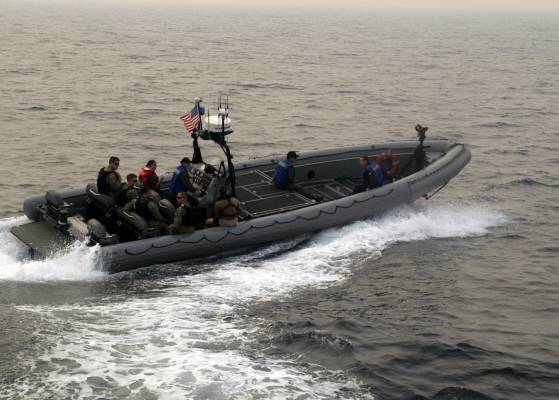 This contract specifies Cummins QSB 6.7-liter 380-hp twin engines paired with Hamilton Jet HJ292 waterjets. Each vessel will have aft seating plus removable seating for additional people on the foredeck and all will be delivered with WING® inflatable tubes.

“Willard Marine is well-regarded for developing the most reliable heavy-duty, ruggedized commercial fiberglass hull available today, and we are committed to innovating the next generation of military RIBs that will perform reliably in the most challenging sea conditions while keeping our service men and women safe,” stated Ulrich Gottschling, president and chief executive officer of Willard Marine, Inc.

Willard Marine has been providing the U.S. Navy with 11-meter RIBs since 2000, many of which have been deployed through their Foreign Military Sales (FMS) division. Additional vessels have been procured by the U.S. Coast Guard, also for their FMS division.