Posted by Willard Marine on Monday, 03 February 2014 in Press Releases 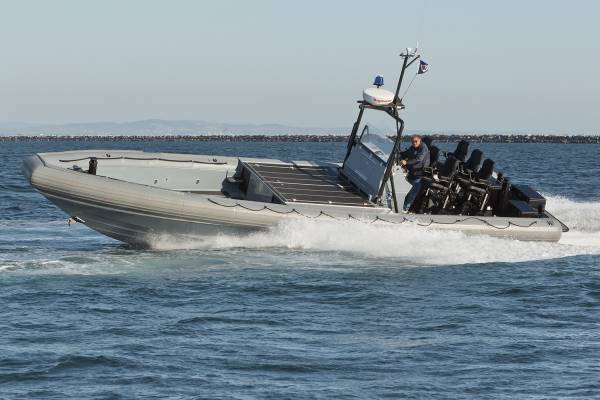 Anaheim, Calif., – Feb. 3, 2014 – Willard Marine, a 56-year-old builder of composite and aluminum boats, has received an order to supply the Ukrainian navy with four aluminum patrol boats, with an option for a fifth.

The high-speed aluminum patrol boats will be used by the Ukrainian navy for Visit, Board, Search and Seizure (VBSS) operations and other naval operations as required.

“This repeat order from the Ukrainian navy reaffirms Willard Marine’s position as a leading manufacturer of aluminum-hull RIBs for military applications,” said Ulrich Gottschling, president of Willard Marine. “This is our third FMS order for the Ukrainian navy, and we have developed an excellent working relationship with them over the last few years.”

Headquartered in Anaheim, Calif., Willard Marine was founded in 1957, and is recognized as a leader in the design and construction of high-quality fiberglass/composite and aluminum boats for military, homeland security, commercial, law enforcement, SOLAS and other market segments. The company is privately held.